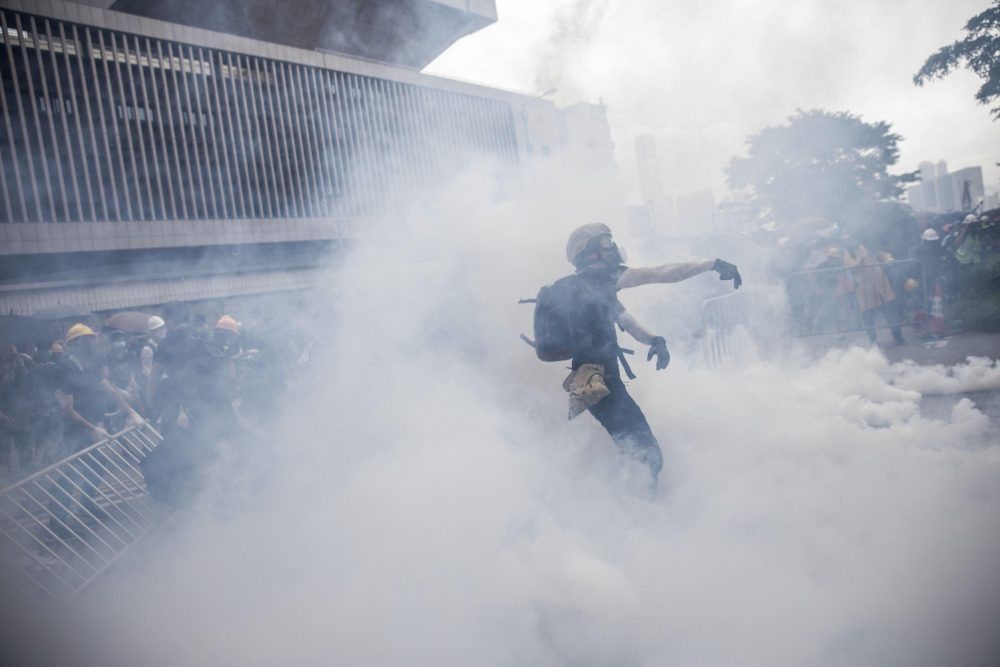 A protester stands in a cloud of tear gas during a protest against a proposed extradition law in Hong Kong, China, on Wednesday, June 12, 2019. Protesters flooding downtown Hong Kong to stop the government’s proposed extradition law effectively presented the city’s leaders with an ultimatum: back down, or risk violent clashes that could be worse than the Occupy movement in 2014. Photographer: Justin Chin/Bloomberg

Justin Chin is a visual journalist based in Hong Kong, currently working as a photo editor and photojournalist at Bloomberg News. Previously, he worked at Rogers Publishing in Canada producing video content for Maclean’s Magazine, Chatelaine, Canadian Business, etc. He also worked as an intern at Reuters.

“Since having my first camera when I was 16, I was in love with photography. By completing the program at Loyalist, it enabled me to grow my craft and equipped me with a unique skill set as a photographer and photo editor. The program also opened up many opportunities and connections, which helped opened the door to many exciting possibilities, including my current job.”