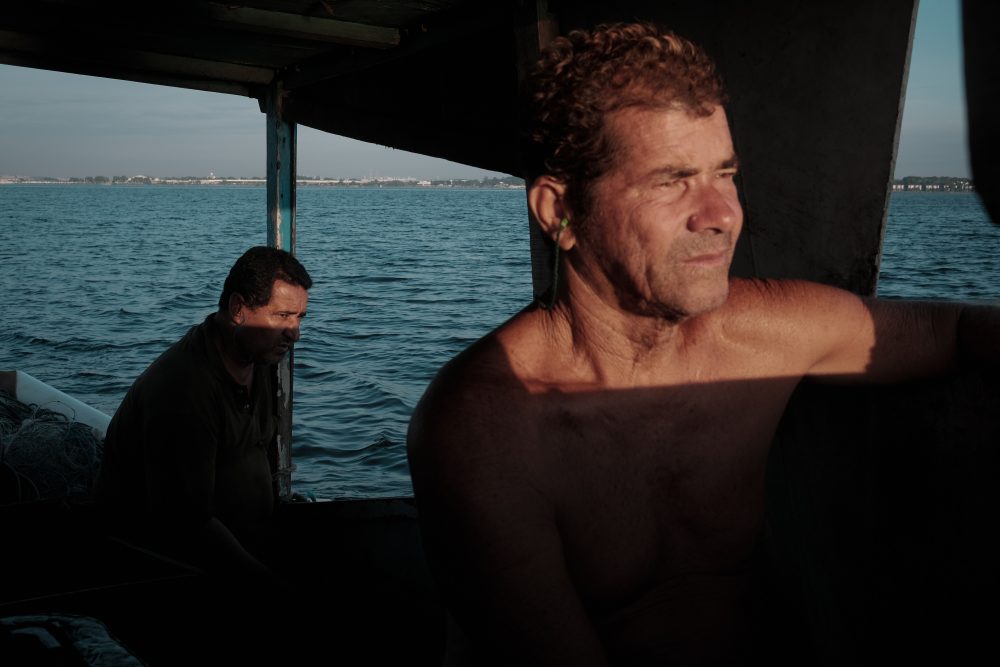 David (l) and Josué (r), two artesanal fishermen from Z-11 head out at dawn to try their luck. Artensanal fishermen use nets and ancient methods to fish in the once-bountiful bay, but their livelhoods have been under increasing strain for decades. Photo by Andrew Christian Johnson

Andrew Christian Johnson is a Canadian freelance photojournalist and videographer. Born in Mississauga, Ontario, he joined the Canadian Army Reserve Infantry at sixteen. After studying political science in university, he travelled extensively throughout Southeast Asia, including Thailand where he began documenting the 2014 political crisis unfolding on the streets of Bangkok. A near death experience on the Mekong in Laos inspired him to pursue a career in visual storytelling, graduating from the Photojournalism program at Loyalist College in 2016. Since then, he has based himself in Brazil, studying Portuguese while pursuing personal projects. His most recent work sees him splitting his time between both countries, exploring his interest in political polarization, social inequality, and governance.

Andrew has contributed his work to the Toronto Star, the Globe and Mail, and select galleries in Canada.

It took a while for me to figure out what I wanted to do with my life, and after travelling Southeast Asia with a camera I discovered I had an interest in visual storytelling, without really knowing what that was yet. I had long been a news/history/politics junkie, fascinated by maps and curious about the unfamiliar. Photojournalism seemed like a great ticket to a really fun ride. Travel, witness history, take some pictures and maybe get paid for it (still working on that last part).

At Loyalist I went in with a bit of an ego, being a mature student and having just come back from Thailand shooting the political crisis. I soon became more grounded and a bit more humble, thanks to my professors. You have to learn to walk before you can run. A lot of what I learned at Loyalist stays with me every time I go out and shoot. Some of it I might not use all that much, but I wouldn’t have discovered which way I wanted to go with my photography without knowing which way I didn’t want to go first, and that only comes with experimenting, testing, challenging yourself, all of which I got in the program.

Probably the most important aspect for me were the theoretical, ethical and practical discussions we would have with professors. Anyone can go out and shoot something for practice, read a book on techniques, watch a Youtube video or take an online course on editing. You should never stop learning and experimenting, and it takes 10,000 hours of doing something to master it (maybe a million photos); but for me the greatest insight was from the seasoned veterans in the faculty that inspired and challenged me to improve the way I have. To realize our ethical responsibilities as photographers, publishers, narrators of someone’s story, our baggage and bias, is something I continue to grapple with to this day.

I joined the program to be a globe-trotting wire photographer. I left a more reflective, pensive, slower photographer, more interested in the deeper meaning behind my images, their effects and potential aftereffects. Photojournalism, visual storytelling, whatever you want to call it, can be such an incredible tool for seeing and understanding the world around us. I hope you discover that passion and intensity of living as I have.