A Place To Call Home

Light filters through the dining room window into the George Street South home of the Rohrback family, casting a late autumn glow onto the butter yellow walls of the open-concept space.

The five family members have gathered around the rickety oval oak table, flipping through photo albums that show what their living situation used to be like. 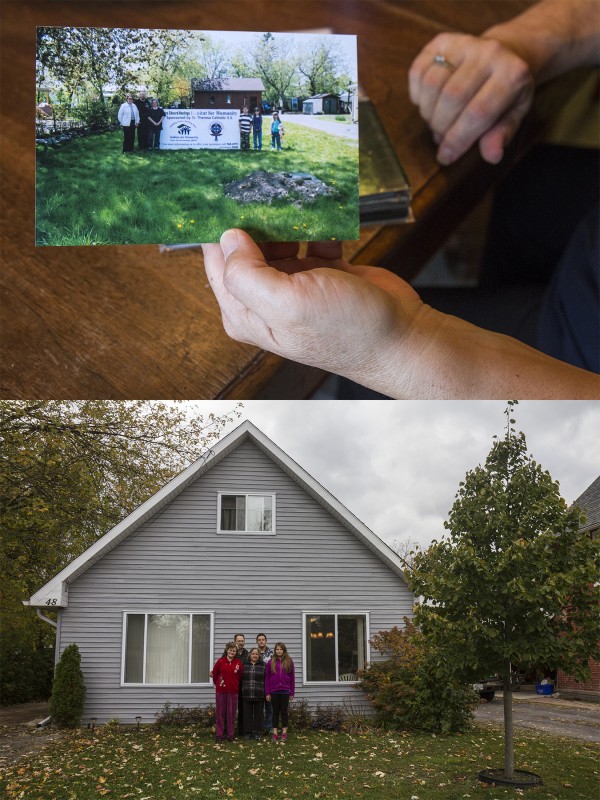 TOP: Cheryl Rohrback holds a photograph of her and her family standing on the empty lot where their home now stands. BOTTOM: The Rohrback family stands in front of their completed home for a family photo on Sunday October 27, 2013. Photo by Anica James.

Cheryl Rohrback holds up a photograph of her, her husband Leverne, their three grandchildren, and a member of Prince Edward Hastings Habitat for Humanity in front of the empty lot where their home now stands.

“We all had to work 500 hours in order to gain possession of the house,” Rohrback explained. “It is mandatory, but it was also a lot of fun. It was a great learning experience and very rewarding.”


The family moved into the George Street South home in December 2008 and enjoy the prime location next to the Jane Forrester Park and Belleville’s waterfront.

“Our lives became an open book for a year and a half.”

Because of unfortunate circumstances, the children- who are the Rohrback’s grandchildren- were removed from their birth parents by the Children’s Aid Society and placed in foster care.

“When the children first got removed from the home by Children’s Aid, Cheryl and I applied right away to get access to have the children come live with us,” Leverne stated between sips of coffee. “But we ran into a problem, because of a previous case that had happened in Toronto where grandparents were given access to raising their grandchildren and then one of the kids died from malnutrition, causing CAS to relook at grandparents being caregivers. So we got caught up in the local CAS’s rethinking of policy changes and it was rather stressful.”

Leverne and Cheryl fought for almost two years to gain custody of the kids.

“Our lives became an open book for a year and a half,” Leverne continued. “It was very transparent. We went through psychiatric testing, psychological testing…just to prove that we were capable for raising the grandchildren.”

“But we wouldn’t change it for anything,” Cheryl added. 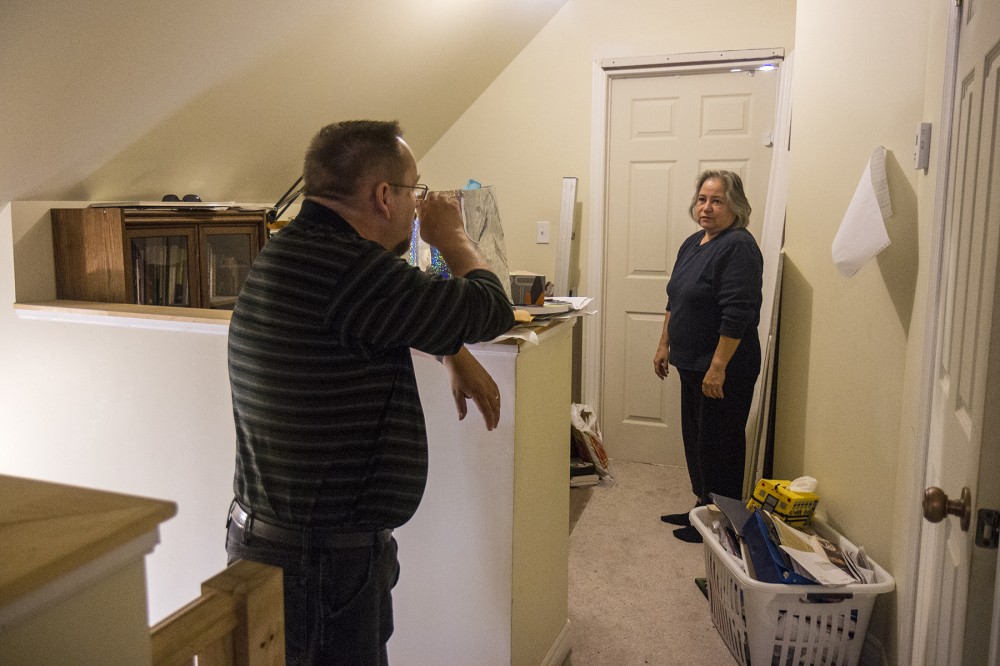 After gaining custody of the grandchildren, Leverne and Cheryl were told by the CAS that the housing situation was not suitable at the time and that it needed to change for the children to move in with them.

Hard on cash and exhausted from all of the court appearances, the Rohrbacks just wanted to find a new home that was accommodating for all five of them. That is when Leverne stumbled upon the local Habitat for Humanity website while browsing the Internet, and applied for housing right away.

“It was the greatest gift we have ever received,” Leverne said. “There were five of us living in a two-bedroom apartment before, and now we all have our own room and a place where we can grow together as a family.”

Built by the Prince Edward Hastings Habitat for Humanity and sponsored by St. Theresa’s Catholic School in 2008, the cozy home, which is heated by radiant floor heating, is practically sound-proof.

For the past five years the couple have been members of CanGrands, which is a national support group for grandparents raising grandchildren, and they meet once a month with other local grandparents who are in similar situations.

“It’s a neat program,” Leverne said. “We are very thankful that we have had so much support over the years, not only from CanGrands, but also from our friends at our church as well.” 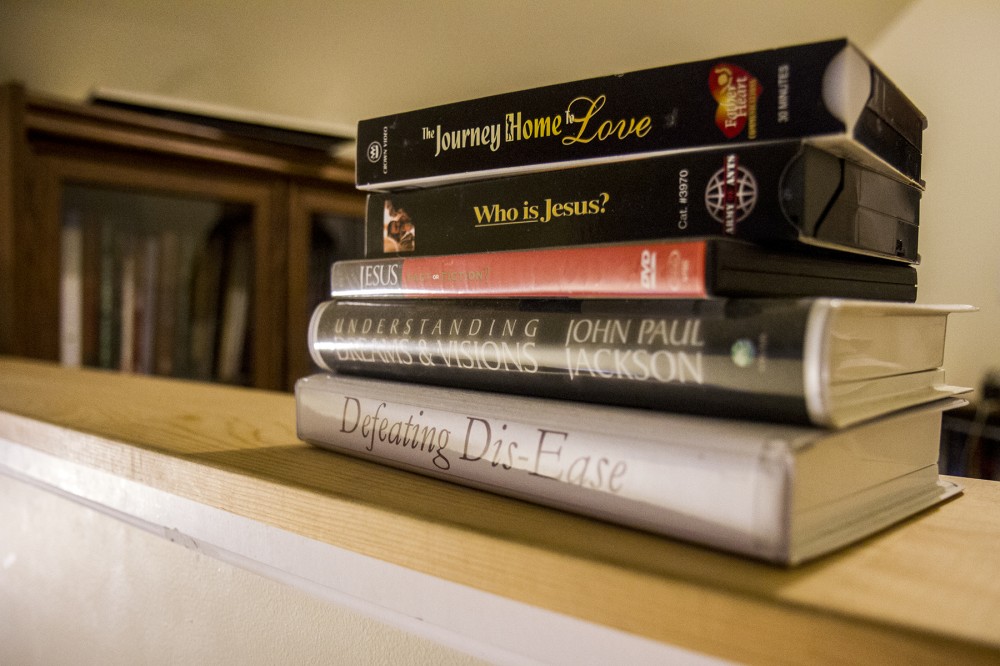 “I love my job,” he said between sips of his coffee. “I have been driving for 11 years and hope to drive for 11 more. Plus, it fits in perfectly with my home needs because I have a similar schedule to the kids.”

Cheryl has been working at the local Bulk Barn store for the past 13 years, and hasn’t tired from it yet.

“I am the original spice girl,” she said with a chuckle, comfortably rocking in a chair in the living room after a long week at work. “I might not know how to sing or dance, but I know my cinnamon from my nutmeg.”


The youngest grandchild, Rebekah, 11, said she enjoys living with her grandparents and wouldn’t have it any other way. Because of her previous living arrangements, Rebekah was placed in a separate foster care home than her older siblings.

“There were five of us living in a two-bedroom apartment before, and now we all have our own room and a place where we can grow together as a family.”

“I didn’t even know that they were related to me at first,” the Grade 5 student explained, flipping through photos in her bedroom. “I just thought that they were good friends.”

Tala Rohrback, 14, and her twin brother Christopher, lived together in foster care and said they are thankful that they now have a place to call home with their real family. The Grade 9 students are both in bowling leagues, enjoy school, and attend cadets, which help to keep them active and social.

“I see my mom every other Sunday,” Tala said unenthusiastically, squirming around on the couch. “She and dad were unable to look after us, so I’m glad that nana and papa can.”

Article and images by Anica James