As Sarah Hubble steps out on the rink, a smile spreads across her face as she glides to center ice in silence. She looks up at the massive scoreboard above her, decorated with the Belleville Bulls flag that proudly matches the crest on her jacket. In the empty arena you can hear nothing but the hum of the lights above and the sound of skates scratching the surface of the ice as Hubble turns and kicks her blades gently against the ice.

“This is my second home. Last night I was here 12 to 12.” Says Hubble, head trainer of the Belleville Bulls camps. Hubble has been working as head trainer since she was 16 years old. She started playing hockey at the age of ten, which is considered late for most people. “When I was born, my pelvis was basically turned around the wrong way. I couldn’t walk till I was four years old,” explains Hubble. She was told at a young age that she would never be able to play sports. Hubble’s mother didn’t give up though. She took her to many specialists including doctors, chiropractors, and physiotherapists until she was physically better. “I guess you could say they fixed me. 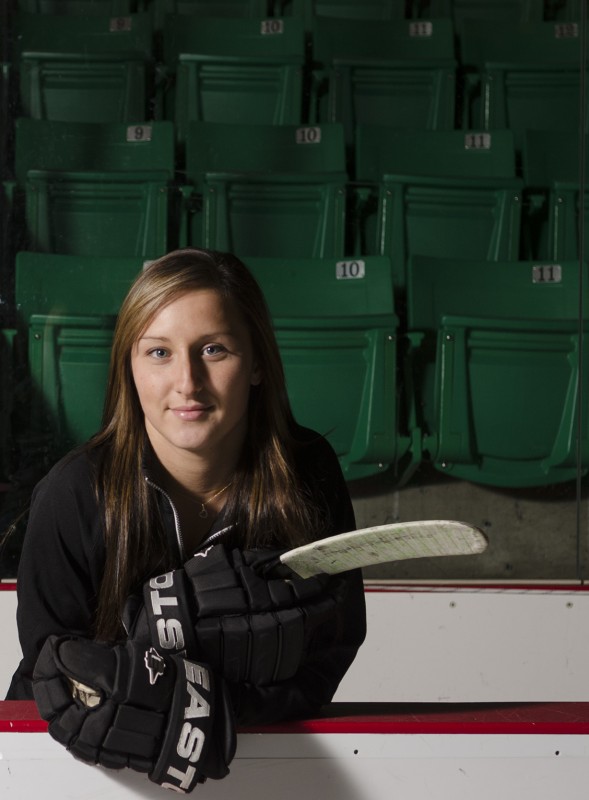 “I guess you could say they fixed me.”

Originally Hubble had been signed up for figure skating, but she hated it and never wanted to go. She also did ballet and dance for a while to help build her strength and mobility. Hubble has two younger siblings who were both in hockey at the time, and since they were all very competitive with each other, she wanted to play hockey too. At ten years old, she hated it, just because she couldn’t do it, but her mother pushed her to keep playing until she got better and better. 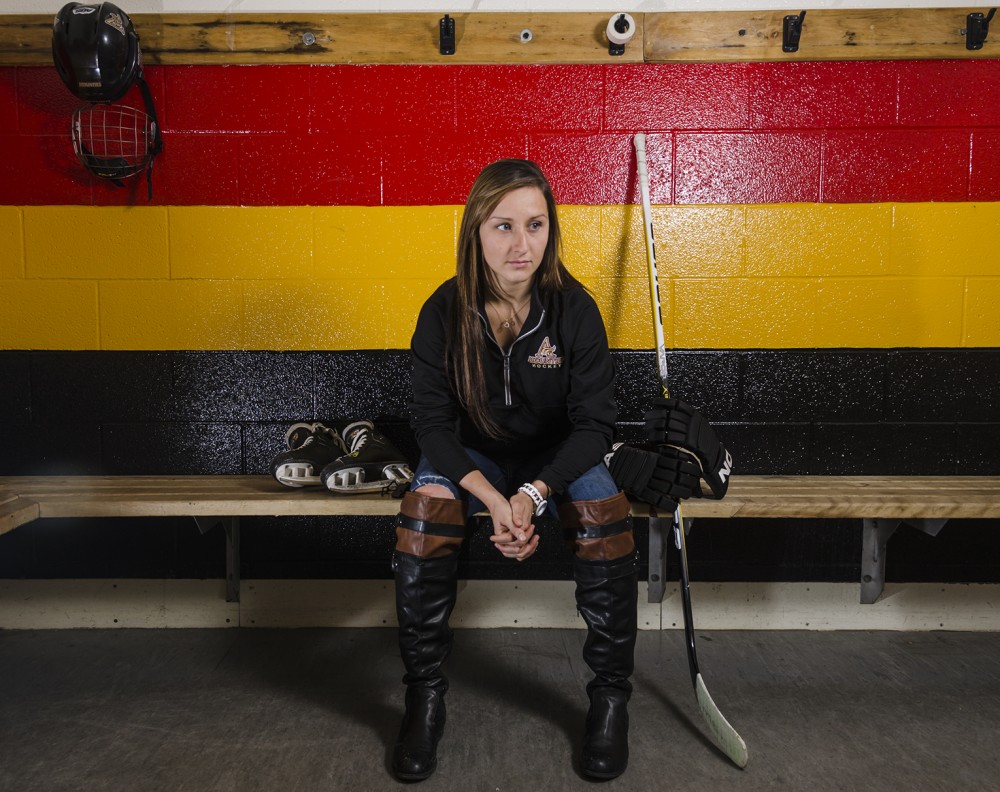 Hubble became so good at hockey that she was eventually trying out for boy’s teams. She played for a boy’s team as an AP and went to every practice and every game for three years without ever getting to play. But because she had been training with them, she had become an incredible hockey player. She decided to try out for the boys A team, and was told she was one of the best at the tryout, but that they couldn’t take her because she was a girl. So Hubble swallowed her disappointment and played for the B team instead.

“It’s so unfortunate that women don’t have the same opportunities as men. There’s so much more to offer for boys hockey.” Hubble played AA girls hockey and was given the opportunity to play for the under 18 Canada camp.
She says she’s very well known in the community and can get access to ice time whenever she needs it. She’s also acquired connections that will help her ask to meet with the Toronto Maple Leafs head coach for school or a job opportunity. Hubble still plays hockey and is very proud of herself having worked so hard to accomplish getting to where she is today.

“It’s so unfortunate that women don’t have the same opportunities as men. There’s so much more to offer for boys hockey.”